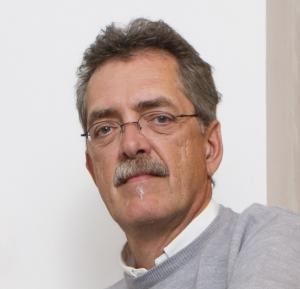 Graduated in physics from the University of Milan in 1984, he initially spent time teaching in high schools, lecturing at the Milan University, and doing editing work for a Computer Science magazine.

He subsequently joined the European Academic Research Network (EARN) Association office in Paris, between 1990 and 1995, where he later became Technical Manager. In that capacity he chaired the EARN Network Operations Group and the EARN Network Performance Evaluation Group, represented the EARN Association in Ripe meetings since 1990, chaired a Ripe working group, and was member of the Internet Society Technical Advisory Committee. He was also member of the EBONE Action Team, the group which designed and implemented the first pan-European internet backbone in 1992.

In 1995 he left the Academic world to join America Online, Inc., where for over 13 years he covered a number of tasks, including the set up and launch of the European AOL networks, the contracting, provisioning and installation of transatlantic and pan-European WAN circuits, the responsibility for the quality of service of the AOL access networks in Europe, the management of the European AOL data centers installations and the management of the European AOL Network Operation center in Luxembourg. During this time he continued his participation and contribution to RIPE meetings and he served as RIPE-NCC Executive Board Member for 2 years.

Since 2010 he is involved in high-tec firms such as AMPS (www.amps-llc.com) and more recently uQontrol (www.qkey.com) as a consultant.